Investigators at the National Institutes of Health have identified a genetic mutation in three unrelated families that causes a rare immune disorder characterized by excessive and impaired immune function. Symptoms of this condition include immune deficiency, autoimmunity, inflammatory skin disorders and cold-induced hives, a condition known as cold urticaria.

The study was led by Joshua Milner, M.D., in the Laboratory of Allergic Diseases at the National Institute of Allergy and Infectious Diseases (NIAID), and Daniel Kastner, M.D., Ph.D., scientific director at the National Human Genome Research Institute (NHGRI). It will appear in the online edition of the New England Journal of Medicine on Jan. 11, 2012.

The mutation discovered occurs in a gene for phospholipase C-gamma2 (PLCG2), an enzyme involved in the activation of immune cells. The investigators have named the condition PLCG2-associated antibody deficiency and immune dysregulation, or PLAID. “Investigating rare diseases gives researchers more clues about how the healthy immune system functions,” says NIAID Director Anthony S. Fauci, M.D. “More importantly, identifying the genetic cause of these disorders opens up possibilities for better disease management and potentially a cure for people who may have spent their entire lives debilitated by severe and unexplained symptoms.”

The NIH study involved 27 people from three separate families who all suffered from an inherited form of cold urticaria, an allergic disease characterized by the formation of itchy, sometimes painful hives, episodes of fainting and, in certain cases, life-threatening reactions in response to cold temperatures.

Blood sample analysis revealed that many patients produced antibodies to their own cells and tissues (autoantibodies), making them more susceptible to developing autoimmune disease. More than half had a history of recurrent infections, and laboratory tests revealed that most had low levels of infection-fighting antibodies and low numbers and reduced activity of circulating immune B cells — all symptoms of immune deficiency disease. In three cases, patients had common variable immunodeficiency, a disease that requires frequent intravenous infusions of immune globulin to prevent severe infections. Seven patients suffered from granulomas, inflamed masses of tissue, which formed on their fingers, ears, nose and other parts of their skin.

“This is one of few examples in which the allergy symptom directed us to a genetic syndrome,” says Dr. Milner. “In trying to understand the link between this group of conditions — autoimmunity, chronic infections and cold urticaria—we not only identified a disease-causing mutation but uncovered a unique and fascinating genetic mechanism at the crux of allergy, immune defense and self-tolerance.”

“This study illustrates the power of multidisciplinary teamwork involving clinicians, geneticists and basic immunologists to get to the heart of seemingly insoluble medical mysteries,” says Dr. Kastner. “Our team and colleagues working in the field now have much better odds of improving health outcomes for people with PLAID and for understanding this gene’s role in other disorders.”

The NIAID investigators teamed up with gene hunting experts in Dr. Kastner’s laboratory and found the PLCG2 mutation after performing gene analysis and DNA sequencing studies. The mutation caused the PLCG2 enzyme to function without shutting off. Despite the fact that the enzyme was constantly turned on, immune cells ignored its signaling and did not activate normally.

Investigators performed a series of laboratory experiments to understand how the PLCG2 mutation affects B cells and mast cells, immune cells that contain histamine and other chemicals that are released during an allergic response. Patients’ B cells containing the mutated gene fail to turn on normally, leading to their inability to produce antibody, but also an inability to sense when they are producing autoantibodies. Laboratory-developed mast cells containing the mutated gene released chemicals on exposure to cool temperatures, which could explain why the patients developed cold-induced hives.

According to the investigators, their findings suggest that inhibiting PLCG2 activity could be a therapeutic strategy to treat cold-induced hives, autoimmunity and immune deficiency in people with PLAID, but more studies are needed. The study findings also suggest that people previously diagnosed with common variable immunodeficiency disease or with granulomatous diseases could have a PLCG2 gene mutation. Further study is needed to understand PLAID and how mutations in PLCG2 could contribute to other allergic and immunologic disorders.

“These findings are gratifying both for researchers and for people with this disorder,” says NHGRI Director Eric Green, M.D., Ph.D. “Furthermore, this study illustrates how genome-analysis methods can empower efforts to unravel the molecular basis of rare genetic diseases.”

Additional support for this work was provided by the National Institute of Arthritis and Musculoskeletal and Skin Diseases, part of the NIH.

The mission of the NIAMS, a part of the U.S. Department of Health and Human Services’ National Institutes of Health, is to support research into the causes, treatment and prevention of arthritis and musculoskeletal and skin diseases; the training of basic and clinical scientists to carry out this research; and the dissemination of information on research progress in these diseases. For more information about the NIAMS, call the information clearinghouse at (301) 495-4484 or (877) 22-NIAMS (free call) or visit the NIAMS website at http://www.niams.nih.gov.

NIAID conducts and supports research  — at NIH, throughout the United States, and worldwide — to study the causes of infectious and immune-mediated diseases, and to develop better means of preventing, diagnosing and treating these illnesses. News releases, fact sheets and other NIAID-related materials are available on the NIAID Web site at http://www.niaid.nih.gov.

NHGRI is one of the 27 institutes and centers at the NIH, an agency of the Department of Health and Human Services. The NHGRI Division of Intramural Research develops and implements technology to understand, diagnose and treat genomic and genetic diseases. Additional information about NHGRI can be found at its website, www.genome.gov.

The above story is reprinted from materials provided by NIH.

More than 32 million people in the United States have autoantibodies, which are proteins made by the immune system that target the body’s tissues and define a condition known as autoimmunity, a study shows. The first nationally representative sample looking at the prevalence of the most common type of autoantibody, known as antinuclear antibodies (ANA), found that the frequency of ANA is highest among women, older individuals, and African-Americans. The study was conducted by the National Institute of Environmental Health Sciences (NIEHS), part of the National Institutes of Health. Researchers in Gainesville at the University of Florida also participated.

“Previous estimates of ANA prevalence have varied widely and were conducted in small studies not representative of the general population,” said Frederick Miller, M.D., Ph.D., an author of the study and acting clinical director at NIEHS. “Having this large data set that is representative of the general U.S. population and includes nearly 5,000 individuals provides us with an accurate estimate of ANA and may allow new insights into the etiology of autoimmune diseases.” The findings appear online in the Jan. 11 issue of the Journal Arthritis and Rheumatism.

Miller, who studies the causes of autoimmune diseases, explains that the body’s immune system makes large numbers of proteins called antibodies to help the body fight off infections. In some cases, however, antibodies are produced that are directed against one’s own tissues. These are referred to as autoantibodies.

A multi-disciplinary team of researchers evaluated blood serum samples using a technique called immunofluorescence to detect ANA in 4,754 individuals from the 1994-2004 National Health and Nutrition Examination Survey (NHANES). The overall prevalence of ANA in the population was 13.8 percent, and was found to be modestly higher in African-Americans compared to whites. ANA generally increased with age and was higher in women than in men, with the female to male ratio peaking at 40-49 years of age and then declining in older age groups.

“The peak of autoimmunity in females compared to males during the 40-49 age bracket is suggestive of the effects that the hormones estrogen and progesterone might be playing on the immune system,” said Linda Birnbaum, Ph.D., director of NIEHS and an author on the paper.

The paper also found that the prevalence of ANA was lower in overweight and obese individuals than persons of normal weight. “This finding is interesting and somewhat unexpected,” said Edward Chan, Ph.D., an author on the study and professor of the Department of Oral Biology at the University of Florida.

“It raises the likelihood that fat tissues can secrete proteins that inhibit parts of the immune system and prevent the development of autoantibodies, but we will need to do more research to understand the role that obesity might play in the development of autoimmune diseases,” said Minoru Satoh, M.D., Ph.D., another author on the study and associate professor of rheumatology and clinical immunology at the University of Florida.

The researchers say the paper should serve as a useful baseline for future studies looking at changes in ANA prevalence over time and the factors associated with ANA development. The paper is the first in a series analyzing this data from the NHANES dataset, and exploring possible environmental associations with ANA.

The NIEHS supports research to understand the effects of the environment on human health and is part of NIH. For more information on environmental health topics, visit www.niehs.nih.gov. Subscribe to one or more of the NIEHS news lists (www.niehs.nih.gov/news/releases/newslist/index.cfm) to stay current on NIEHS news, press releases, grant opportunities, training, events, and publications.

The above story is reprinted from materials provided by NIH.

Biological therapy, or biological drugs, refers to monoclonal antibodies that are directed against … END_OF_DOCUMENT_TOKEN_TO_BE_REPLACED 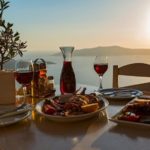