CiteULike Link More than 95% of persons aged 50 years or older are latently infected with varicella-zoster virus and are at risk for symptomatic reactivation manifesting as herpes zoster (HZ); lifetime risk for this outcome is about 30%. Risk increases with age and is increased further by immunosuppression and a growing list of comorbid conditions, including diabetes mellitus, chronic kidney disease, rheumatoid arthritis, systemic lupus erythematosus, inflammatory bowel disease, and chronic obstructive pulmonary disease. Herpes zoster causes significant illness and health care costs, especially among those who develop postherpetic neuralgia. In 2006, the U.S. Food and Drug Administration (FDA …

Read the source article at Home | American College of Physicians 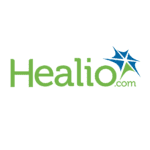 February 18, Vaccination with the recombinant zoster vaccine demonstrated higher cost-effectiveness and prevention of herpes zoster, compared with live zoster vaccine and no vaccination, according to research published in Annals of Internal Medicine .

Read the source article at Healio 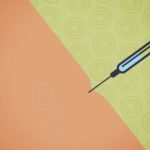 Science being ‘debunked:’ Why are some countries making a vaccine U-turn? CNN News February 18, 2019 More than a century before Facebook, anti-vaccination campaigners had another method for spreading their message — an eye-catching march through town with tiny children’s coffins emblazoned with the words: “Another victim of vaccination.” The year was 1885, and smallpox vaccinations were compulsory in the UK — reportedly inciting 100,000 people to demonstrate in the city of Leicester, England, one sunny March day. Fast-forward to 2019 and the anti-vaccination campaign is a global, multi-faced beast — spurred by safety concerns, religious and political beliefs, preferences for …

Prevnar 13, a pneumococcal 13-valent conjugate vaccine, was approved today by the U.S. Food and Drug Administration for people ages 50 years and older to prevent pneumonia and invasive disease caused by the bacterium, Streptococcus pneumoniae.

Pneumococcal pneumonia, caused when the bacterium Streptococcus pneumoniae infects the lungs, is the most common disease caused by this bacterium in adults. When the bacterium invades parts of the body that are normally free from germs, such as the blood or spinal fluid, the disease is considered “invasive.”

“According to recent information for the United States, it is estimated that approximately 300,000 adults 50 years of age and older are hospitalized yearly because of pneumococcal pneumonia,” said Karen Midthun, M.D., director of FDA’s Center for Biologics Evaluation and Research. “Pneumococcal disease is a substantial cause of illness and death. Today’s approval provides an additional vaccine for preventing pneumococcal pneumonia and invasive disease in this age group.”

The new use for Prevnar 13 was approved under the agency’s accelerated approval pathway, which allows for earlier approval of treatments for serious and life-threatening illnesses. The pathway allows for the demonstration of effectiveness of a vaccine using an immune marker that is reasonably likely to predict clinical benefit.

In randomized, multi-center studies in the United States and Europe, people 50 and older received either Prevnar 13 or Pneumovax 23, a licensed pneumococcal vaccine also approved for use in this age group. The studies showed that for the 12 common serotypes, Prevnar 13 induced antibody levels that were either comparable to or higher than the levels induced by Pneumovax 23.

The safety of Prevnar 13 was evaluated in about 6,000 people ages 50 and older who received Prevnar 13 and who had and had not previously received Pneumovax 23. Common adverse reactions reported with Prevnar 13 were pain, redness, and swelling at the injection site, limitation of movement of the injected arm, fatigue, headache, chills, decreased appetite, generalized muscle pain, and joint pain. Similar reactions were observed in those who received Pneumovax 23.

Accelerated approval is granted on the condition that a clinical trial is conducted during the post-approval marketing of the vaccine to verify the anticipated clinical benefit. An additional trial in 85,000 people ages 65 and older, with no previous history of receiving Pneumovax 23, is underway to confirm the clinical benefit of Prevnar 13 in the prevention of pneumococcal pneumonia.

The approval of Prevnar 13 for adults 50 years and older supports the Department of Health and Human Services’ Healthy People 2020 objectives.

The FDA, an agency within the U.S. Department of Health and Human Services, protects the public health by assuring the safety, effectiveness, and security of human and veterinary drugs, vaccines and other biological products for human use, and medical devices. The agency also is responsible for the safety and security of our nation’s food supply, cosmetics, dietary supplements, products that give off electronic radiation, and for regulating tobacco products.

The above story is reprinted from materials provided by FDA.

How many carbs should I eat per day if I am on a keto diet? This is a very frequent question we … END_OF_DOCUMENT_TOKEN_TO_BE_REPLACED