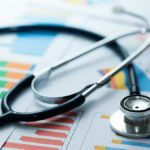 Published Feb 18, 2019 at 2:26 PM | Updated 5 hours ago Your neighborhood could hurt your health. People who live on the South Side of Chicago are as much as 14 times more likely to have diabetes than residents near Wrigley Field. In the Dallas area, the risk of stroke is much higher in the south than the north. Just 2 percent of Plano adults have a history of stroke, but the rate exceeds 7 percent in south Dallas.

Read the source article at nbcwashington.com

How many carbs should I eat per day if I am on a keto diet? This is a very frequent question we … END_OF_DOCUMENT_TOKEN_TO_BE_REPLACED